Paul Gent's illustrative style is more naturalistic and he brought a new vision to the depiction of Dr Power and detective Lynch. Compare his illustration with an earlier version of the duo. 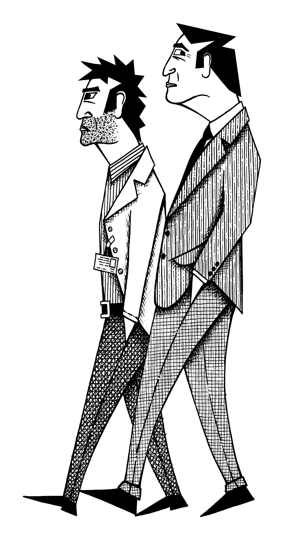 A setting in the novel is a fictional farm at nearby Lindow Moss. A map of the area in relation to Alderley Edge is below:

The illustrations are based on location research.

The Willow Tea Rooms in Glasgow are a location for Lynch and Power's meeting with a witness. Charles Rennie Mackintosh designed tea rooms for Mrs Cranston in 20th Century Glasgow. Paul Gent renders the research into the following illustration of Power and Lynch at the Willow Tea Rooms.