Why the title Schrödinger's God, and where did the inspiration to write it come from?

Most people have enjoyed a murder mystery, perhaps as a book, film or a TV series.  Readers love murder mysteries, but the subject matter is, if you reflect upon it, so very dark, that it is difficult to reconcile this with the notion that the average person has a personality that is consistently peaceful, equable and reasonable. It is an uncomfortable truth that most adults privately seem to have a morbid fascination with death and murder. We are fascinated by the abnormal thoughts and thankfully rare behaviours associated with murder.

To balance out the dark and the light the Dr Power books are deliberately leavened with themes of healing and faith.

The Dr Power book that, to date, has the highest body count is The Good Shepherd. Deliberate acts of a conspiracy, driven by greed, lead to the deaths of thousands through disease. The evil of this, is offset by the deliberate goodness associated with self-sacrifice by key characters. Dr Power, as an agnostic takes a rather secular view of such altruism, but Lynch, a Christian, undoubtedly sees these as reflections of the divine.

Newton’s Third Law of physics says, ‘For every action, there is an equal and opposite reaction’ and so in the Dr Power Universe crimes explored in the books as events of profound negativity may therefore be offset by positive acts, or thoughts.

The problem of evil is something that Dr Power battles with throughout the books – how can a caring God allow his ministers to abuse children in their care – a reality recognised in many parts of the world in recent years – and Power sometimes finds his friend Lynch’s faith in God a comfort and at other times he finds it incomprehensible.

In this book Power and Lynch meet a physicist and he discusses the quantum world. The notion that paired particles can act in synchrony, (although separated by a distance), is a physics-derived metaphor for the perpetrators in this novel. And the notion that particles can simultaneously exist and not exist attracts Power as it might offer an explanation for his alternating feelings that God may exist or not exist.

I have enjoyed reading several books on Schrödinger’s physics and his life to research this book. An interesting man, who was for most of his life probably an atheist, but who glimpsed something spiritual, if not exactly divine, through his physics. I enjoyed discussing his ideas with my cousin, a physicist and doctor from Australia, in what was tragically the last year of his life.

And in terms of initial inspiration, before doing all that I was researching the Dr Power story The Fallen Man in Dublin. I was walking around Merrion Square and looking up saw a blue plaque to the effect that Schrödinger had worked there. I had assumed he had always worked in Austria, but he fell foul of the Nazis in World War II and was welcomed to Dublin. That started my research stream that formed into some of the elements used in Schrödinger’s God.

A part of the book reads somewhat like a travelogue, what made you choose to write it this way? How factual is it?

Most of the details in the books are factually researched.  So places and events referred to in Schrödinger’s God are essentially correct. When Lynch and Beresford have a conversation referring to a recent child murder in the news, they are referring to the tragic murder of Sarah Payne in July 2000.

The Camino or walking route to Santiago del Compostela is a walking route that has been travelled by pilgrims for hundreds of years. The way was popularised again in the 1990s, and so this would have been something that Lynch was aware of. The places along the Way really are as described. The author walked the route in 2015.

The Camino is a special experience, and I hope that some sense of the personal transformation that can accompany it, is incorporated in the novel.

What were the highlights of writing this book?

I always enjoy weaving the research and experiences that lie behind the books into a working plot. There is a sense of being on a journey, rather like a pilgrim on the Way, and of course, one thing leads to another and one novel and its characters inevitably suggest the next. So, I enjoy the journey in many senses.

Was there a character you found particularly challenging?
The perpetrator in this book was a thoroughly unpleasant character to live with as the book developed. His selfish abuse of others is deeply repellent. I have interviewed many like him, and interviewed unfortunately nay more victims. Such perpetrators are not localised to any particular religion, or profession. They feed off power imbalance, as sense of their superiority, their own arrogance, a culture of secrecy , ignorance and their victim’s misplaced shame. All adults throw a shadow as they move though life; all of us have a negative side; the trick is to have insight into that shadow, ensure that shadow is limited and that it does not harm others.

The Count was initially meant only as small character, but he took on a life of his own. He is in some ways an echo of Cervantes’ Don Quixote, or is meant to be seen as such early on. Cervantes He has a real strength and a determination. His motivation to be a hero perplexed me until I realised that he too had suffered some abuse from a priest, and that he was undertaking his own late-life quest for justice.

The Count is an interesting character, he is proud to be a knight with ideals of chivalry and honour. Does the Order still exist today in this modern world?

The Order of St James of the Sword, or Santiago, was founded in the 12th Century and it developed to protect pilgrims on the Camino from terrorist attacks by Muslims at a time when Spain’s cultural destiny was very much in the balance. The Order counted such luminaries as the Royal princes and Velázquez. The order co-existed with other orders such as the Knights Templar (1119–1312) and the Knights Hospitallers (1049 onwards).  The Order of St  James of the Sword was suppressed by the first Republic in 1873, but it was revived under the protection of King Juan Carlos. In the 21st Century the Knights of St James number just a few dozen. The modern day Knights have more of a ceremonial or moral nature rather than a physical or military role in protecting Christians from the depradations of Muslim attackers as in the past.

Ramon, the physicist and astronomer, what was your inspiration for him? Is he based on a real person?

Ramon will have a part to play in future books and he is based on a historical figure, but I will leave it to the reader to research this.

This is a complex story, full of emotion, what was the most difficult part of writing this it?

Earlier I did refer to Dr Power’s struggle with the problem of evil, which would seem to be an intrinsic part of a murder mystery or thriller. Too often the murder is merely a device in such a book, and when this is so the reader and the writer are somehow insulated or detached from the sudden, jagged horror of the act, and the plight of the victim and their family. In this book the murders are supremely selfish acts to enable the abusers to evade punishment and continue indulging their desires at the expense of victims and society. The story necessarily includes victims that are children, and this is upsetting. I deliberately included no more detail than was strictly necessary to move the story forwards.

Did the story turn out the way you first envisaged?

Most of the twists and turns were clear to me when I began writing; for instance the epilogue was written in the first few weeks.

Some characters surprised me along the way. The Piper is a recurring character in the Dr Power books. I have known who the Piper really was for some years, and it has been fun developing his story and including him in this novel with his real identity. I didn’t quite know how he would land in the story, but land he did!

What would you like readers to take away from this book?

I’d be delighted if readers enjoyed the book and wanted to read another Dr Power book. More than that I’d like them to have been surprised at times during the read and inspired enough to act - to investigate the subject matter, to travel to the places mentioned, listen to the music, or drink the wine and eat the food described in the book.

How long did it take to write?

A year to research and a year to write. Then some months to let it settle and for me to read through critically. The editing advice, proofreading and illustration process allowed further reflection and fine tuning.

What will you be working on next?
Dr Power stories often contain clues as to the direction of future books in the series.  Sometimes the clues are in the illustrations. So the stained glass window in the illustration of the chapel in The Fire of Love referenced the next book, The Good Shepherd. The stories in Dr Power’s Casebook link the first three novels with subsequent ones, for instance there are clues woven into the illustrations and text of Dr Power’s Casebook to characters and plots in the next few novels.  Much research precedes each book. I have been researching in Malta, Portugal and talking to academics about the archaeology of Alderley Edge. 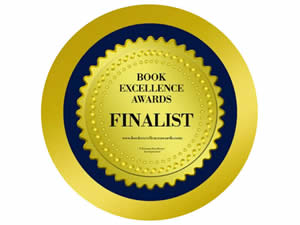